The Problem with Space for Hoarders

Recently we received a call from a frantic family member. Adult Protective Services had “red tagged” the client’s home due to extreme clutter and they were being released from the hospital the following day. The home needed to be cleaned out before they could come home.

We scrambled to put together a plan and a crew to clear the home. We were unable to meet with the client and work with them as we normally would so we did the best we could do, getting his permission to remove certain things that were clearly trash/recycling. We had to box up remaining clutter in clearly labeled boxes he could see, hoping he would have the capacity to find what he is looking for.

We were able to meet all of the standards of Adult Protective Services and the hospital giving him what everyone thought would be a welcoming surprise. However, we knew it would not be.

I asked to meet with him upon arrival to give him a tour and assure him that we took care of his belongings, but the family did not think that was necessary. When he walked into his home, he told his family that this was not his home. He got very angry over the work done and felt we had taken his things (because he could not see them). Eventually, I was able to go in and reassure him that I have the same respect for his belongings as he does and that they were there but just in clearly labeled boxes. He was set at ease and is adjusting to the new environment.

When someone is used to a certain environment and struggles with Obsessive Compulsive Disorder/Hoarding, a clear space is not something they are comfortable with. Someone may think they are doing them a favor, however it may not be a welcomed favor. The hoarder immediately feels they need to fill that space created.

Because of this, our most common practice in working with those who struggle with hoarding and chronic disorganization is to work directly with the client and move at a much slower pace, getting them used to the new cleared space and training them to maintain the clutter free environment one space at a time. It allows us to work through the emotional and psychological issues as well as the physical ones.

Every once in a while we do a quick clean up like this because Adult Protective Services has gotten involved or the client has passed away and the family just wants the house cleared out. If you or a loved one needs help gaining control of their surroundings, we hope you will let us share our expertise with them. 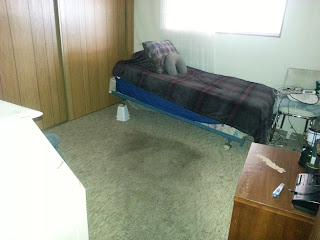 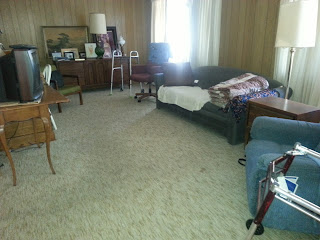 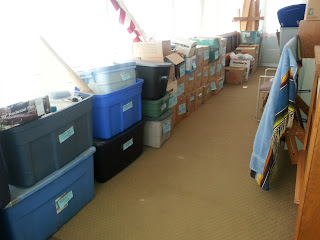